In August of 1910, after brothers Nazaire and Raoul Poulin had returned home to Quebec, and with a long and lonely winter approaching, Romeo Poulin made his way from the gold fields of Dawson to Skagway. Like dozens of other miners, he boarded the Princess May to spend a week of whoring at Ketchikan where the small fishing village featured a very active red light district.

With a heavy fog, and as if God had ordered it up, the highest high tide of the year caught the Princess May as she floundered at Sentinel Island at midnight. 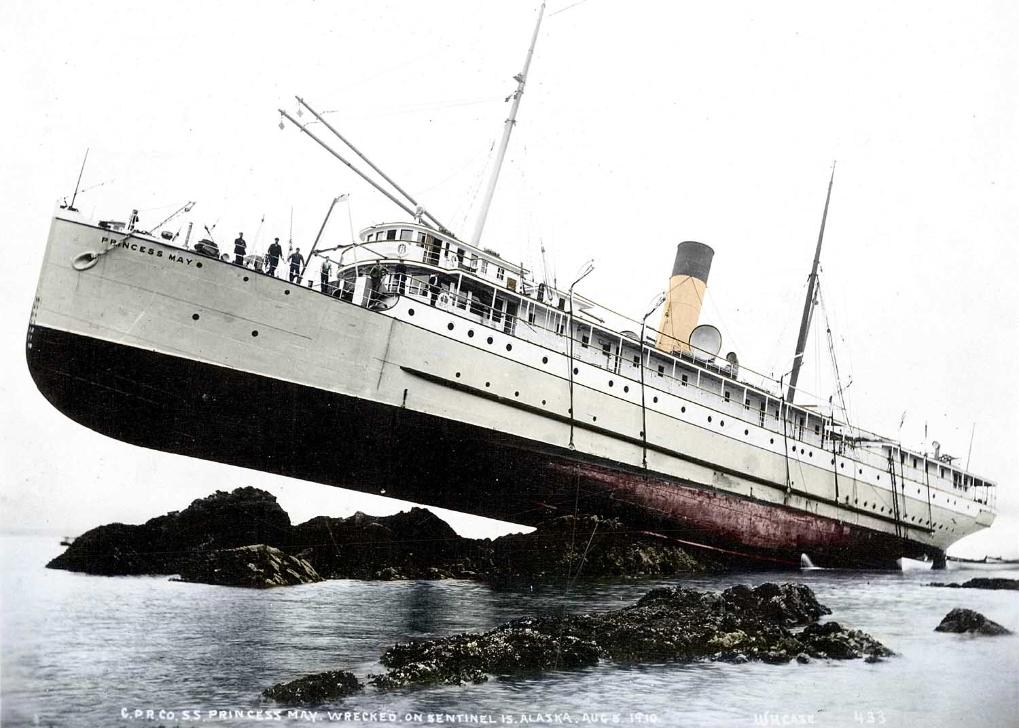 As it was, the Princess May stopped using skunk oil; instead, she used electric lights – that would go black if the two screw engines stopped. And they did. In the black of midnight amidst thick fog, the steamship caught on reefs, rising at a 23 degree angle. Her photo traveled around the world on front pages of newspapers. This photo caught at low tide shows the treacherous rocks below.

This is a true account of the Floundering of the Princess May and one of her passengers, Romeo Poulin who worked in the gold fields of Dawson. Soaked and tired, everyone was picked up the next day and returned by a north-going vessel from whence they came.
That must have been a long winter for the miners hoping to enjoy a few days of hard-earned R&R, but one to remember.