When Raoul Poulin returned from the Yukon, he brought with him not only the cash he earned from working in a bench gold mine underground, but also two gold nuggets that he had found.

Sometimes miners who walked among the tailings, those long worm-like silt deposits which the dredges created, and might find a gold nugget. As the large buckets ascended into the body of the dredge, many rocks would fall out the sides parallel to the tank-like tracks that propelled the dredge forward.

The problem was that once a dredge had cleaned gold deposits in an area, what remained was a frozen, congealed mass of sucking mud and muck that could drag a man down, trap him, leave him without boots, socks, trousers and even drawers. 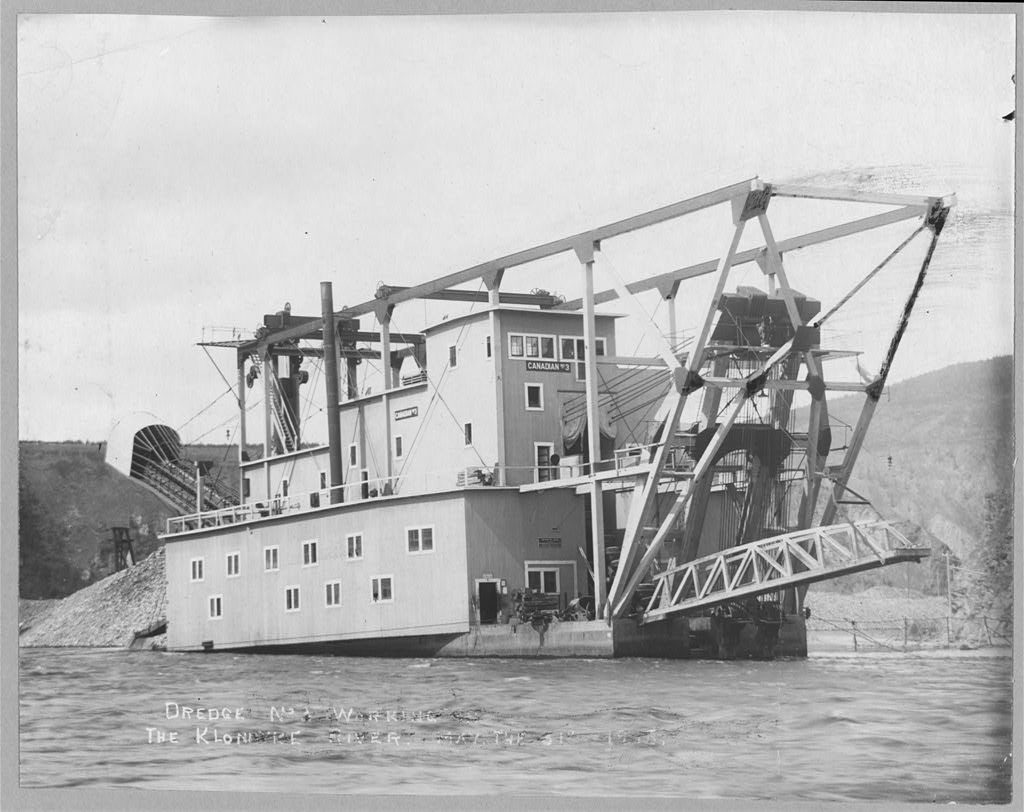 But walking among the tailings could easily bring good fortune. While in the Yukon, Raoul Poulin picked up two gold nuggets. He was determined to return home with the larger gold nugget for himself, the smaller for his spouse Lucia Vachon. 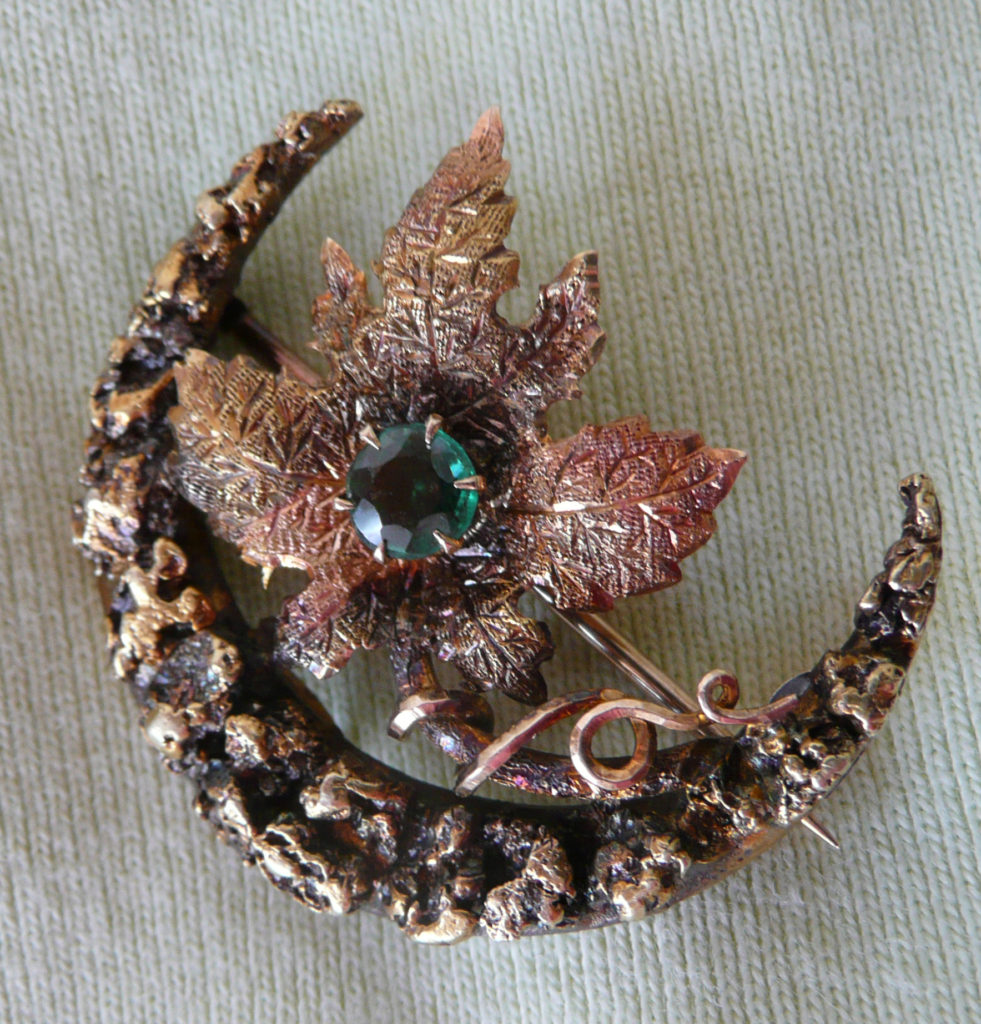 The remaining gold nugget brought back from the Yukon in 1910.

While returning home, Raoul met Indians which he greatly feared. Raoul had the foresight to catch an ermine or squirrel and clean out a length of intestines in which he hid the nuggets – ready to swallow them if he felt his gold was in danger.

HE DID SWALLOW THEM – TWICE

The above photo is the last remaining gold nugget that Raoul brought back home in 1910. As the years passed, the raw gold (the crescent nobby section) was welded onto a pin on which a maple leaf and emerald was placed. The emerald brought out all the green in the raw gold.