For miles, Sherman’s group watched as wild horses galloped through coulees and over scrappy plateaus from a south ridge. The wild horses broke into open fields of rich pastureland bordered by fields of wheat grasses, golden against vermilion canyons. Then the expedition reached Brandon, a pioneer town settled by agency Indians and immigrants who had become farmers and ranchers.

The whole of Brandon Township, a much larger area than the town itself, earned its nickname, ‘horse capital of Canada’ as it contended with almost thirty thousand horses. They came in every possible size and color: flea-bitten grays, liver chestnuts, rich buckskin browns, skewbalds and velvety blue roans. Every kind of sock a horse could wear appeared on mismatched legs while stars and blazes emerged like smudged paint on their faces as they galloped by in sheer abandon. 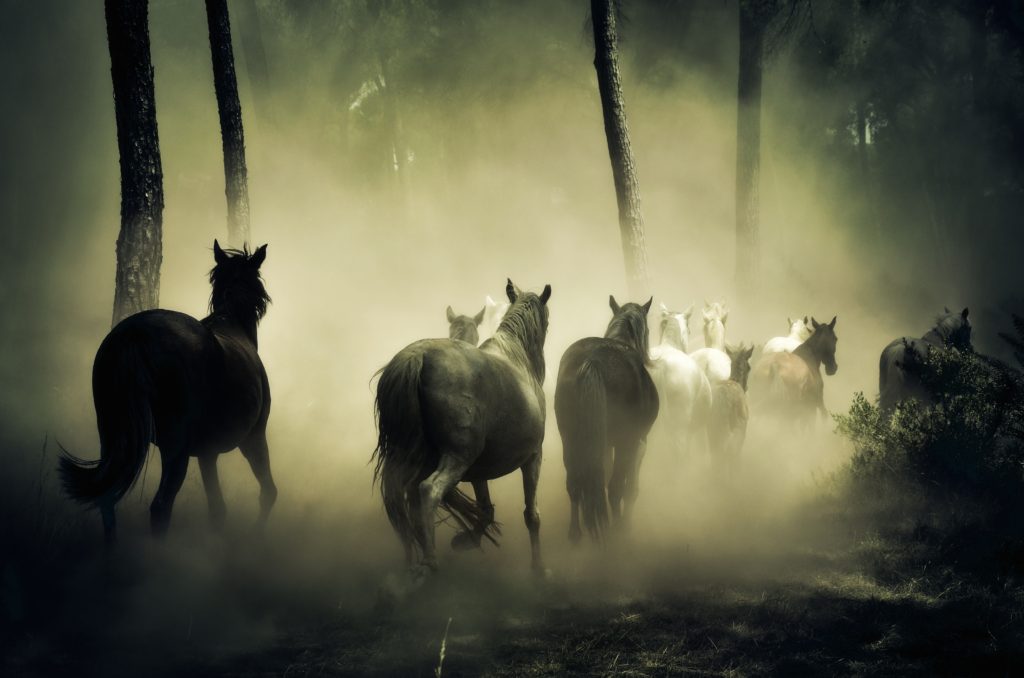 They would bolt at the least flash of heatstroke lightening and run themselves slavered with mouths foaming white or crusted yellow. No trough of clear water or open stream was safe from the nuisance of their thieving ways. To lasso one was a sure way to get bitten. Angry clouds of trampled wheat followed them everywhere. To dare take up their rear caused temporary blindness from the whirl of speckled prairie grasses that rose above the ground in a violent dance.

This early spring, the rains brought blow flies and biting midges. They bled the muzzles of horses into an angry maroon as the animals struggled to shake the wretched pests from swollen eyes. No flicking of lips or flapping of their muzzles would bring the horses any comfort.