When would my story take place?

This one is really simply. From 1907 to 1910 Joyce’s grandfather, Raoul Poulin traveled to the Yukon where he worked for men who owned gold mines. That means he got paid every day regardless of gold found or not found.

He also picked up two gold nuggets while there and returned with both. He had a ring made out of the larger nugget, and lost it near the end of his life, Regrettably, there is no photo of this. He saved the smaller nugget for his spouse, Lucia, She kept it all her lifetime and it was passed down to my mother, Anne-Marie LeRoy. When Anne-Marie died, it was passed to my sister, Solange Duquette Jr. who had a pin made out of it but with a loop underneath so that it could be worn both as a necklace or a pin.

Here it is sitting on a 3″ X 3″ post it note. The stone in the center is an emerald which brings out all the green in the raw gold. 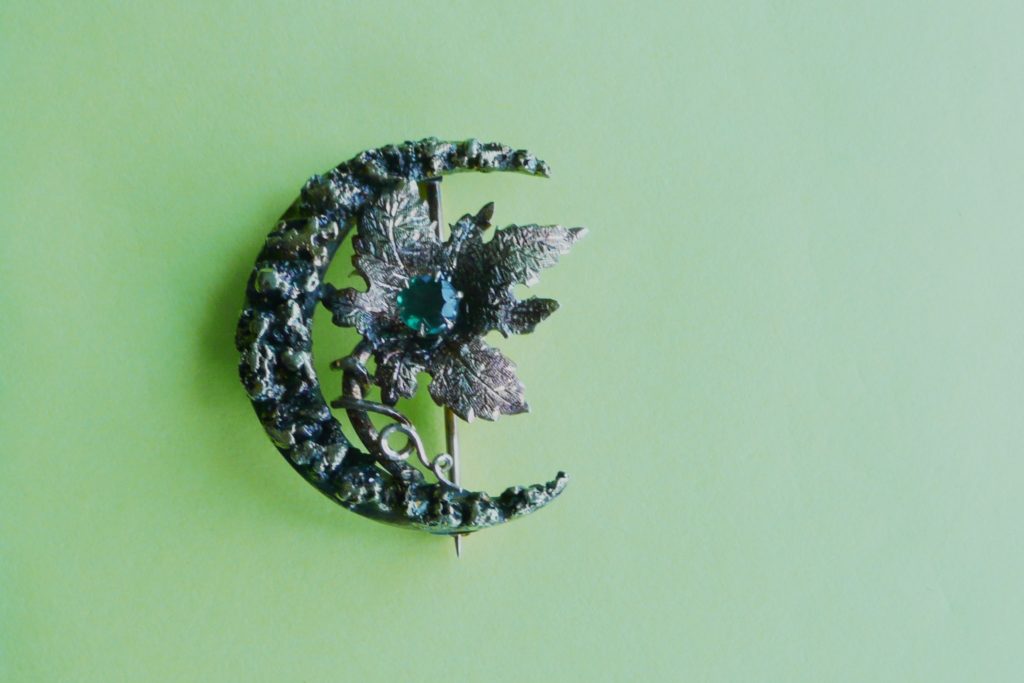 During his return trip in 1910, Raoul came across many hostile First Nations people and was very frightened of them. He swallowed both nuggets twice, having placed them in cleaned ermine or weasel intestines. This was a common practice when men feared that their valuables were at risk. Many men didn’t have the foresight or common sense to wrap their valuables in some sheathing and died from torn intestines.