“Ladies and gentlemen, no need to be alarmed,” the conductor said as he opened the front connecting door. “We’re just going to move to the side for a few minutes as another train passes. It’ll only be a ten-minute delay.”

He walked the length of the coach car and out the back door, a rush of frigid air blowing into the rear of the coach car. Loud questions calmed to whispered murmurs as Nazaire and Raoul sat back down.

“Probably a silkie is all,” a grizzled old-timer said. He fidgeted in his seat while eyeballing the goings on outside.

Nazaire turned in his seat, and said, “Silkie?”

The old-timer turned to look at Nazaire. 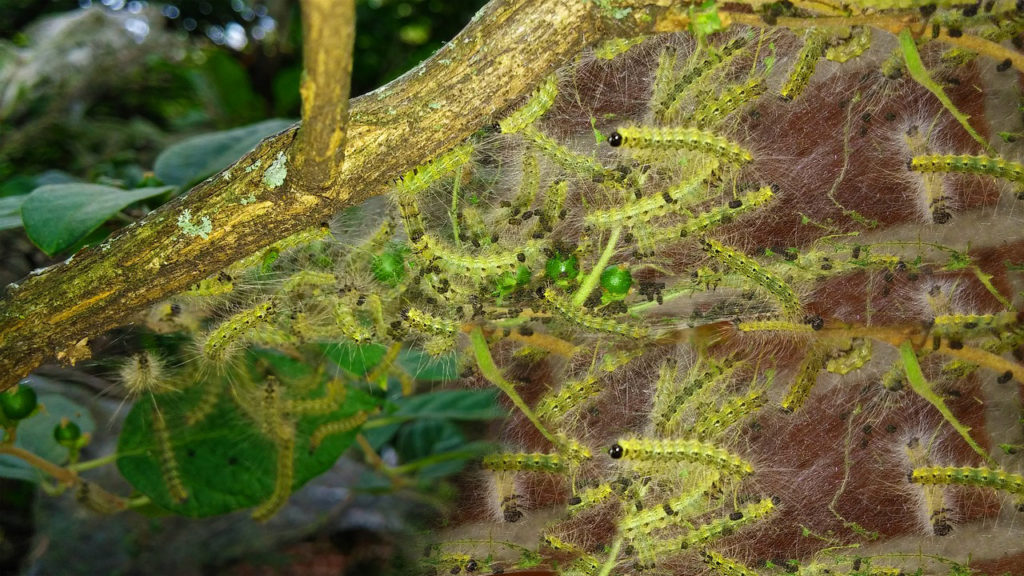 “Silk train, out of Vancouver prob’ly. Push th’other trains off the main line on accounta the cargo they’s carry’ng,” he said.

“What kind of cargo?” Raoul asked as surrounding passengers leaned in close to overhear.

The old-timer whispered, “Not suppose’ta say. Railroad don’t like people findin’ out. Secret, you know.”

WHAT WAS THE CARGO?

The old-timer let fly a wad of chaw, the snuff hitting the edge of the gray velveteen seat with a twang.

“Silk worms come into Vancouver Harbor di-rect from Hong Kong in Jay-pan to the rail yard. Them gets loaded onta special heated cars. Under guard. Orders are shoot to kill anyone who’s delay the packin’ and trainin’ out. Each silk train worth mabbe five, ten million dollars.”

“Sounds like a story,” a well dressed, young woman said from across the aisle.

“No, no story, lady. Them silkies run from Vancouver inta New York in ‘bout thirty hours. They’s goes non stop ‘cept for puttin’ on water an’ food with fresh crews, an’ wood o’ course, for the engine.”

“So the train don’t stop for all the stations?” Raoul asked.

“Right. It’s gonna stop mabbe three times before it gets ta New York. Mabbe change engine to a fresh one.”

“Where on the wrong train,” Raoul whispered to Nazaire.

“No, it don’t take no passengers, only the worms. Ain’t that a hellofa thing.”

THE ‘SHOOT TO KILL’ ORDER

“They shoot to kill, you say?” The young woman asked.

“Yessum, they’s do. You watch. Ev’ry time a silkie comes by a station, you’ll see two riflemen come outside, hang on the handrails of the Engineer’s Walk an’ two others standing on each side the caboose, leanin’ out far, watchin’ for trouble, damned ready to shoot anyone who slows down them trains. I reckon them worms must be real delicate, easy to die.” He looked from the young woman to Nazaire and Raoul, then back out his window.

“What do they do with the silk worms?” A young boy asked.

A Canadian Pacific Railway cargo train came upon the passenger train on the siding, its engine roaring louder that Jehovah. Each coach car swayed in the wake of the displaced air as the faster train whizzed by, like a herd of buffalo outracing an idle animal, the thrown air rattling against the window glass.