The following is the record of the last rites for Sister-Florentin, or Florence Poulin: 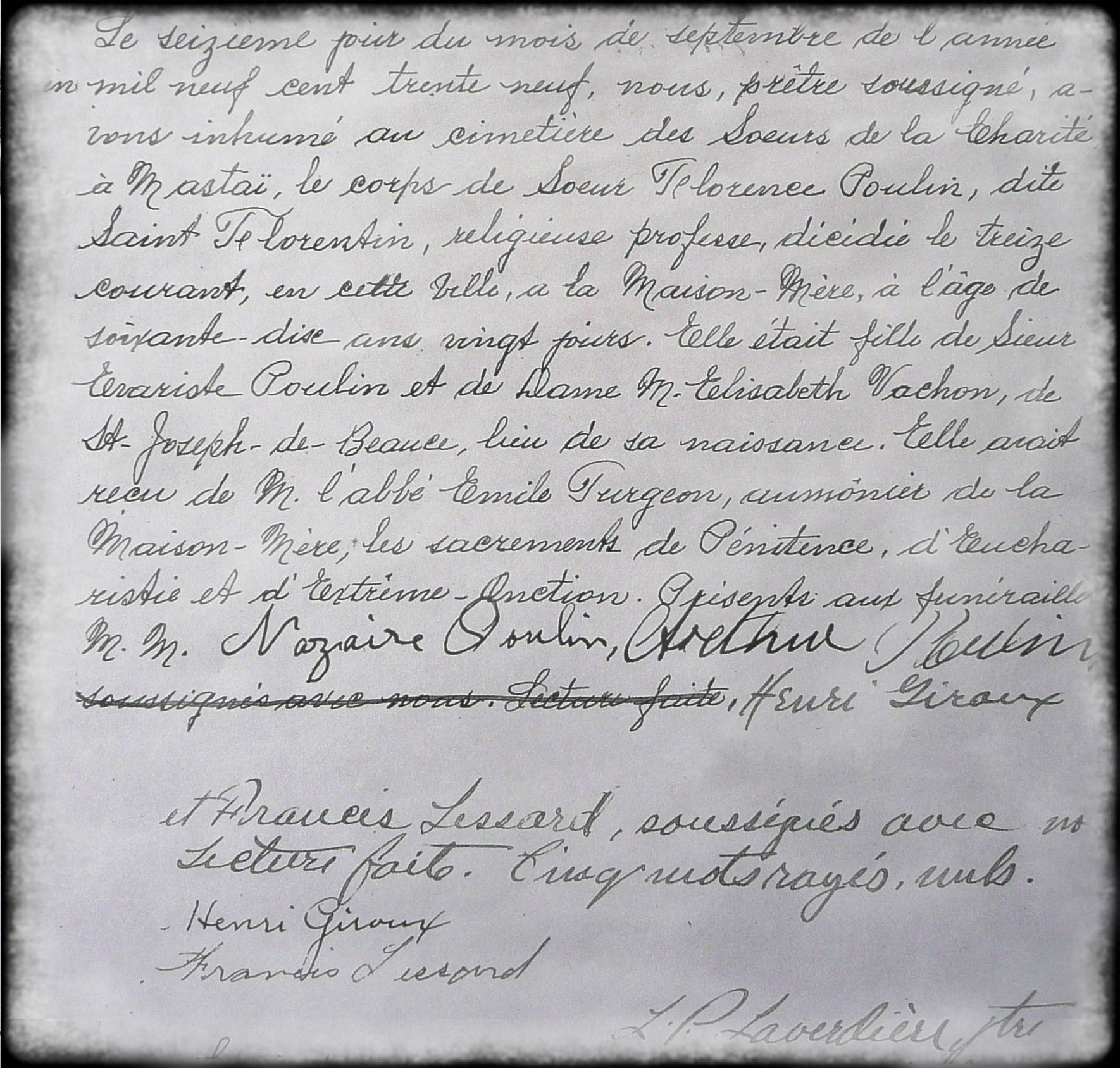 This record was witnessed by brothers Nazaire and Arthur Poulin, brother-in-law Francis Lessard and friend Henri Giroux. This record of last rites may have been witnessed by female family members, but it was the men’s signatures which the priests wanted on their church records. Women were still considered unremarkable and unreliable in the eyes of the Catholic Church in 1939. Exceptions to this would have been a baptism, marriage or last rites record by a wealthy and generous contributor to the church.

The sixteenth day of the month of September in the year 1939, we, the assigned priests, have buried at the cemetery of the Sisters of Charity in Mastaï, the body of Sister Florence Poulin, say Saint-Florentin, religious nun, died this thirteenth current, in this city at the Motherhouse at the age of 70 years 20 days. She was the daughter of issuers (parents) Evariste Pouin and Dame Marie Elisabeth Vachon, of Saint Joseph of Beauce, place of her birth. She was received by the Monseigneur Abby Emile Turgeon, embalmer of the Motherhouse, the sacrament of Confession, the Eucharist and of Extreme Unction. Present at the funeral Nazaire Poulin, Arthur Poulin, Henri Giroux and Francis Lessard, witnessed and the lecture made (this record completed).