Joyce Derenas received her B.A. in English with a Concentration in Writing from Worcester State College. While there, Joyce wrote her first, short biography of Ichabod Washburn, a steel magnate and one of the founding fathers of the Worcester Polytechnic Institute in Worcester, Massachusetts. Some consider Washburn to be the Father of the steel industry in the U.S. This short biography remains in the permanent collection of the prestigious American Antiquarian Society.  Next, she earned a Technical Writing Certification from Clark University and a Client/Server Certificate from Worcester Polytechnic Institute.

Born in Gardner, Massachusetts, Joyce now called Worcester her home. Life has had challenges; living through the job shortages of 1988 and 2008 when the marketplace for technology dropped. After working in and around the Boston area, Joyce had retired from a career as a software technical writer and help systems developer. Now she writes for herself.

RESEARCH IN WHITEHORSE AND DAWSON, YUKON 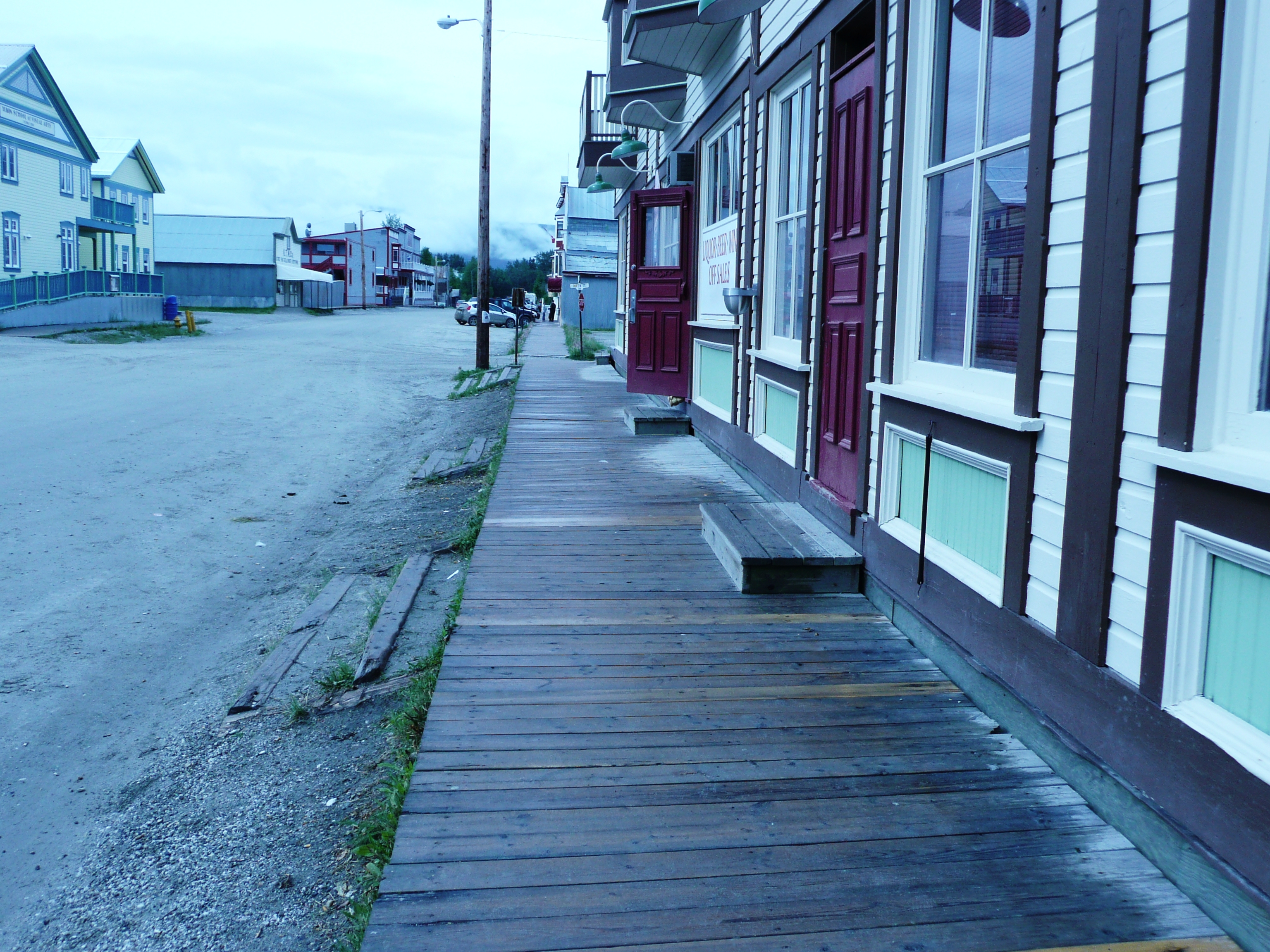 Joyce’s primary research took her to the Yukon Territory for a few months, where she discovered twenty-two blood relatives, many distant but each a gem that she uncovered as rich as gold.

Dawson was exciting. walking along the same streets as my grandfather in 1907, and visiting one grand uncle’s gravesite in the Yukon Order of Pioneers (YOOPs) cemetery.

The staff at the Klondike Library housed in the Dawson Museum shared archival entries and photos of pioneering relatives. There were entries of wedding certificates, census entries, payments for annual Miner’s Certificates and more for her research subjects. In Whitehorse, the staff at the Yukon Archives guided Joyce as she discovered one gold claim after another; more than 33 in all for her Poulin men. 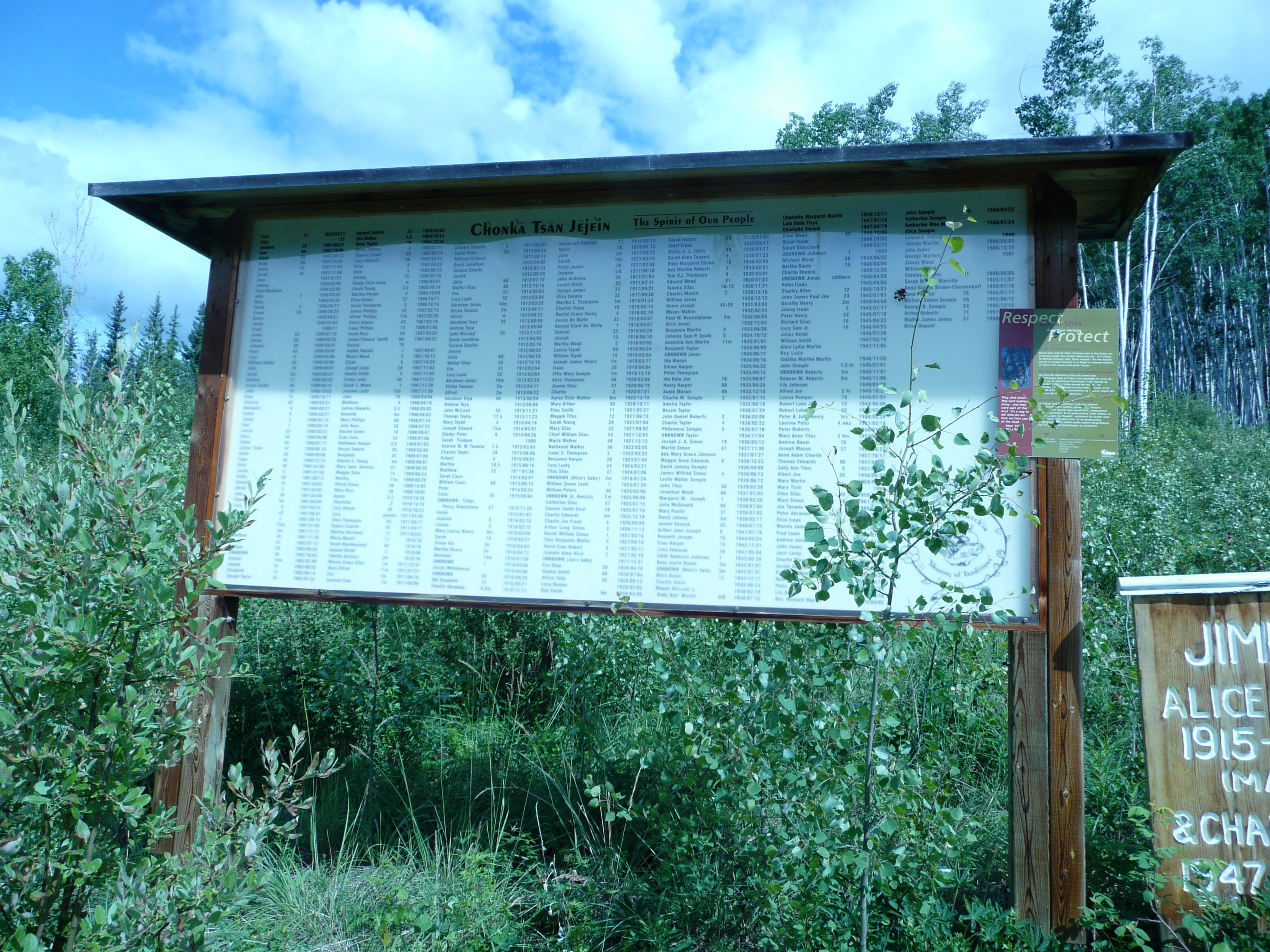 A respected elder of the Tr’ondëk Hwëch’in First Nation took Joyce by boat on the Yukon River three miles north of Dawson to Moosehide, the summer campground to search for more relatives.

“It was such a jolt to read the name Mary Poulin, the wife of my great uncle, Romeo Poulin. I found her parents’ names, Sam Smith, the first indigenous Constable of Moosehide and his wife, Sophie Smith. There were also listings for Mary Smith Poulin’s earlier children.”

The custodians of the Heritage Department of the Tr’ondëk Hwëch’in were kind enough to share a photo of Mary Smith Poulin. Some of the elders remembered her. “It was a bittersweet moment for me. Before arriving in the Yukon, I had outlined the major live events of Mary Smith both as a single First Nation woman and as a married woman to my grand uncle, Romeo.

Before returning to the U.S., she added another six living blood descendants to her family group. Along the way, she visited the beautiful city of Ladysmith, B.C. where newly discovered double second cousins extended their hospitality and exchanged family stories. Joyce also stayed at Mayne Island with another newly discovered second cousin where free-roaming deer practically pose for photos. 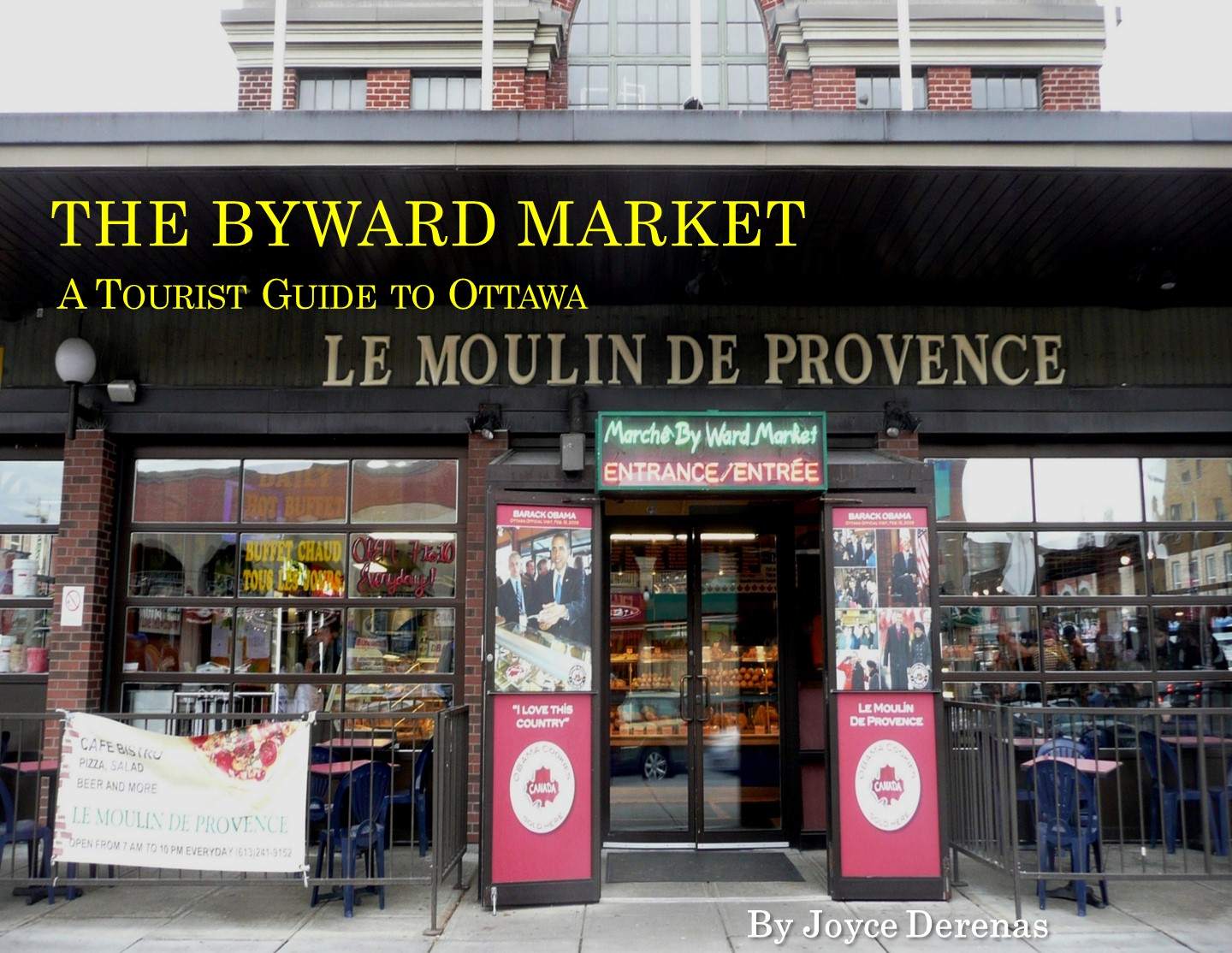 With her free time, Joyce has enjoyed numerous visits to learn more about her French-Canadian roots in southern Quebec.  Returning to the place of her mother’s youth, Joyce has visited the village of Saint Joseph of Beauce in Quebec as often as possible, discovering more about her Quebecers family and other pioneers from the area.

Joyce visited the National Archives of Canada in Ottawa, Ontario. While there, she discovered the incredible bakery, Le Moulin de Provence. When she returned home, she produced a little tourist picture eBook called Byward Market: A Tourist Guide to Ottawa.

The staff at the National Archives of Canada were wonderful. I got to browse through old photos of my mother’s birth village. Some photos were taken in my grandparents’ youth. I got to see the village gates of Saint Joseph of Beauce covered with summer ivy on the village entrance and exit arches.

Searching for census entries in Canada differs greatly from U.S. records. Some Canadian census years also included additional pages which are challenging to find. One year, one of these addendum pages included annual village totals: sheep, cows, farm workers, midwives, live births, deceased, etc. Many of these data paint a total picture of community live from which to draw trends and changing lifestyles among the population.

Joyce wrote the following in a short article that outlines her method of researching in the Yukon on a dime:

“It’s important that people who want to discover their Klondike Gold Rush ancestors do so in person. The Canadian collections are filled with learning aides and the staff extends a helping hand.”

Joyce has published her debut novel, the long shot, a french canadian saga – book 1. This novel is a standalone, historic novel based on the real lives of Nazaire Poulin, a poor farmer from Saint Joseph of Beauce, Quebec. The novel spans 1907 through 1910 and takes the protagonist, Nazaire and his kid brother, Raoul from southern Quebec, over miles of corduroy roads, across the Prairies, and into the wilderness of the Rocky Mountains. Then they get to Dawson, Yukon where their world changes forever.

Ms. Derenas is currently working on  book 2 in the continuing saga stories, again based on the real lives of Romeo Poulin, Anna Pasteels Poulin and Mary Smith Poulin. This standalone, historic novel will span the early 1900s and will focus on the relationship between two brothers, Romeo and Gaudias Poulin, and of course, those two women. The setting for this novel is mainly in Dawson, Yukon where gold is king.